What is a Derivative?

Simply put, it’s the instantaneous rate of change. It tells you how quickly the relationship between your input (x) and output (y) is changing at any exact point in time.

Limit Definition of a Derivative

There are short cuts, but when you first start learning calculus you’ll be using the formula.

It’s not uncommon to get to the end of a semester and find that you still really don’t know exactly what one is! That’s because the definition isn’t immediately intuitive; you really get to grasp what one is after you’ve practiced—and practiced. It’s like knowing what an embouchure is in clarinet playing; you can be told that it’s a tongue placement, but it takes many weeks (sometimes months) of practice before you really get a good grasp of the perfect enbouchere and why it’s important.

You can find derivatives in a few different ways. Finding derivatives using the limit definition of a derivative is one way, but it does require some strong algebra skills. Watch the video for a couple of quick step-by-step examples:

Step 2: Use algebra to work the formula. Here’s where you’ll benefit from strong algebra skills, because every formula is different.

Why is The Derivative Important?

Very basically, they are important because they allow you to extract information you didn’t know was there. For example, if you know where an object is (i.e. you have a position function), you can use the derivative to find velocity, acceleration, or jerk (rate of change of acceleration). How? The derivative of…

You can keep on taking derivatives (e.g. fourth, fifth), extracting more and more information from that simple position function. And it doesn’t just work with position; Calculus can work with any function.

Finding derivatives on the TI 89 or the TI 89 Titanium involves the same steps. That’s because the two calculators are essentially the same, except for a few bells and whistles on the Titanium, like extra memory. These upgrades don’t affect how you find derivatives.

Step 4: Type in a function, followed by a comma. For example, if your function is 3x then type “3x,”. 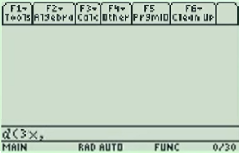 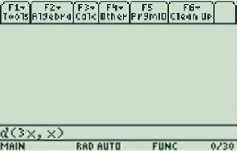 Step 7: Press ENTER. The solution (3 in this example) is on the right of the screen.

2. Evaluate a Derivative at a Specific Value

Step 1: Follow Steps 1 through 4 in the first section above:

Step 2: Type a comma, then the number of the derivative you’re trying to find. For this example, you want to find the second derivative, so type “2”. You should have the following syntax: 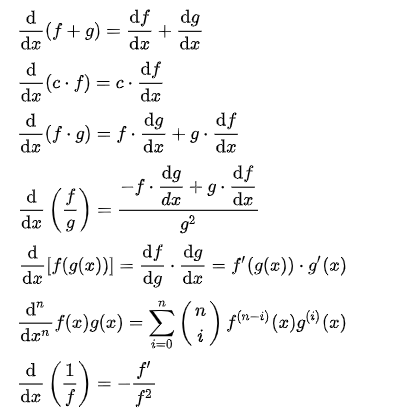 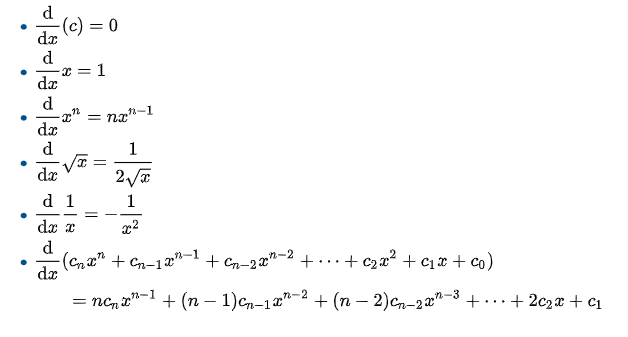 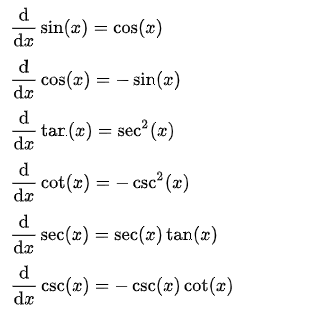 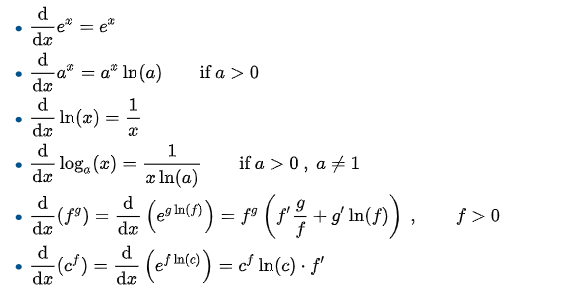 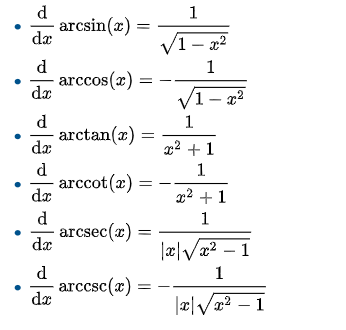 See: What is a Hyperbolic Function? 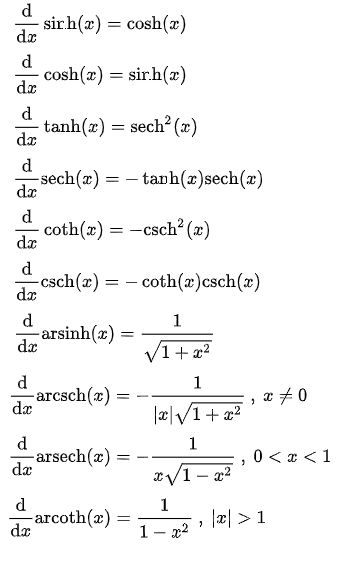 Fractional Calculus and the Half Derivative

Watch this 10 minute introduction, or read on below:


Fractional Calculus in 10 minutes.
Watch this video on YouTube.
Fractional calculus is when you extend the definition of an nth order derivative (e.g. first derivative, second derivative,…) by allowing n to have a fractional value.

Back in 1695, Leibniz (founder of modern Calculus) received a letter from mathematician L’Hopital, asking about what would happen if the “n” in Dnx/Dxn was 1/2. Leibniz’s response: “It will lead to a paradox, from which one-day useful consequences will be drawn.”

There is no obvious graphical understanding of fractional calculus, and the basic rules we have derived for classical calculus do not all apply—or become very complicated. Simple ideas like the basis for the chain rule or product rule are no longer simple ideas when it comes to this new kind of calculus, and sometimes they just don’t work.

Simple Example of Fractional Calculus: the Derivative of a Power Function

Calculating the derivative of a power function is one of the simplest tasks in calculus, so it is perhaps a good place to begin exploring how a half derivative function might behave.

Let’s define our function of interest, f(x), as:

Now we know that the factorial is equivalent to the gamma function,

We can substitute that in in the general formula above, which leaves us with

In the graph below, this half derivative is graphed in purple, alongside the original function (in blue) and the first derivative (in red). 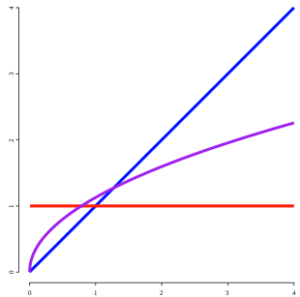 The directional derivative tells you the instantaneous rate of change of a function in a particular direction.

You can write this type of derivative as:

That notation specifies you are looking at the rate of change for the function f(x,y,z) at a specific point (x0, y0, z0). The symbol ∇ is called “nabla” or “del“.

Directional Derivative of a Scalar Function

The directional derivative of a scalar function (i.e. a one dimensional function) is relatively easy to define. Along a vector v, it is given by:

This represents the rate of change of the function f in the direction of the vector v with respect to time, right at the point x.

Properties of the Directional Derivative

There’s one particularly good thing about the directional derivative; many of the properties of the ordinary derivatives hold for it as well.

For example, if our functions f and g are differentiable at a point p:

What is Automatic Differentiation?

Automatic differentiation (autodiff) uses a computer to calculate derivatives at some specified value, using a mechanical application of the chain rule.

It doesn’t give you a formula, but rather the value of the derivative at the point of interest.

It can deal with very complex functions; One of the largest applications was a 1.6 million line code (written in Fortran 77) for research in fluid dynamics.

There are two main types of autodiff:

Forward mode (also known as director tangent linear mode), is usually used for calculating directional derivatives. It involves finding derivatives of intermediate variables with respect to independent variables. Propagating from one statement to the other is done via the chain rule.

Reverse mode (also known as backward, adjoint or cotangent linear mode) computes the derivatives of dependent variables with respect to intermediate values. Again, propagating from one statement to the next is done according to the chain rule.

These two modes are mathematically equivalent and based on the same principles, but they may require different amounts of time and computer memory.

Epiderivatives are derivatives given by epigraphs (the set of points lying on or above a function’s graph) in set-valued optimization problems.

The method unifies the delta and nabla approaches to calculus of variations on time scales (Girejko, et al., 2010).

Epiderivatives generally fall into the categories of:

The set-valued contingent derivative of a set-valued function H at a certain point is the map with a graph equaling the Bouligand contingent cone of the graph of H at the chosen point (Bigi & Castellani, 2002). More formally, it can be described using notation:

Taking the derivative over and over again might seem like a pedantic exercise, but higher order derivatives have many uses, especially in physics and engineering.

But you can differentiate that function again. As you’re differentiating two times, it’s called the second derivative. Using the power rule again, you get: f′′(x) = 12x2 – 10

You can keep on taking the derivative of this particular function five times, when the fifth derivative equals zero. You can’t take a derivative of zero, so you’ll stop there.

Higher Derivatives of the Position Function

Higher order derivatives have many theoretical uses, but they also have a few practical ones. Exactly what kind of information you extract depends upon what kind of function you start with. For example, let’s say you start with a position function.

The second derivative (of the position function) gives you the object’s acceleration.

The third derivative gives you the jerk— the rate of change of acceleration. It’s called a “jerk” because that’s how a quick change in acceleration feels. Imagine being on a descending elevator that slows down suddenly: that jerking sensation you feel is due to the change acceleration.

The fourth derivative of the position function gives the rate of change of the “jerk”. At this point, the higher order derivatives become more theoretical, but they do have some important uses, especially in safety of high velocity objects (like roller coasters!).

What is the Third Derivative?

It’s called a jerk (or, less commonly, jolt, lurch, or surge) because changes in acceleration tend to feel “jerky”, especially large ones. A smooth elevator ride feels exactly like that— smooth. But ride on the Tower of Terror, an accelerated drop tower in Disney World’s Hollywood Studios, your stomach will tell you why changes in acceleration are also called “lurches”.

For any function f(x), f′′′(x) can be defined by several different notations, all of which mean the same thing (from Stewart, 2009):

Higher order derivatives, like this one, are rarely seen outside of physics. And when they do occur, they are not usually of much importance. In physics, you would usually find an approximation using a Taylor series, rather than go through the laborious process of finding sixth derivatives. For simple functions, like the one below, finding the sixth derivative is relatively easy. But most real world problems are going to involve functions of greater complexity, which means you’re going to want to approximate the answer with a Taylor series anyway.

Solution: Use the power rule and constant rule to take the derivatives six times:

The sixth derivative is called pop after the Snap, Crackle, and Pop of Rice Krispies. J. Codner et al came up with those names (see footnote 17 in Scott et al.) in response to a question asked on the USENET sci.physics newsgroup.