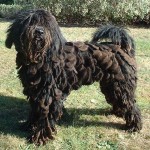 Tens of thousands of dogs are killed every year in laboratories.

A recent dinner conversation also brought this issue to the forefront. A dinner guest was an animal experimenter and told the story of an experiment on mice that went horribly wrong. The animals were in severe pain and she called the head researcher for permission to put the animals out of their misery. He told her if she euthanized the suffering mice, she would be fired, because that would invalidate the experiment. This is not an unusual story in the animal experimentation world. In Canada in 2013(6), 78,294 animals experienced “severe pain near, at, or above the pain tolerance threshold of unanesthetized conscious animals.” I’m not going to share the gory details of what went wrong. You can read countless horror stories elsewhere on the web (like a href=”http://www.peta.org/issues/animals-used-for-experimentation/animals-laboratories/” target=”_blank” rel=”noopener noreferrer”>here). But that whole conversation inspired me to make changes to how I approach my work.